Old Ideas of the Future 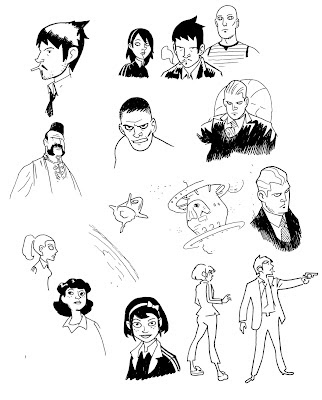 There are several different genres that I would like to explore in comics but somewhere at the top of the list is sci-fi. But I don't want to do sci-fi in that clean, high contrast, washed out, and souless Minority Report style. Nor do I want to do the dark, dystopic Blade Runner. Why is it that movies that are set in the future are always so serious? I'm trying to think of a sci-fi movie (one set in the future) that has a sense of humor as well. I'm sure it's just slipping my mind right now. The only thing that comes to mind is Fifth Element (which I kinda hated). Maybe Total Recall. It was dark and paranoid but it still had a sense of fun to it.

Anyway, these sketches came out of revisiting a concept that's been rattling around the brain pan for 6 or 7 years. One of the fun things about coming up with an idea and then putting it away for awhile is that when you come back to it you are reinvigorated by what works with it and you have clear eyes to see what may not work. 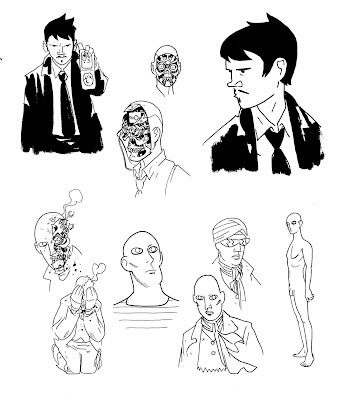 Wow, I'm an idiot. I have no idea why that didn't cross my mind. I only just finished watching the entire season last week for at least the third time. Love that show! You have good tasted Andy!

Lovely characterful studies. They call to mind a French album of 'bandes dessinee' - I guess because of the 'ligne claire' style. Pretentious moi?!

Shawn Crystal's been playing around with that "Bob Rocket" story with Clay Moore. It's in a similar vein.

The sketches are great.