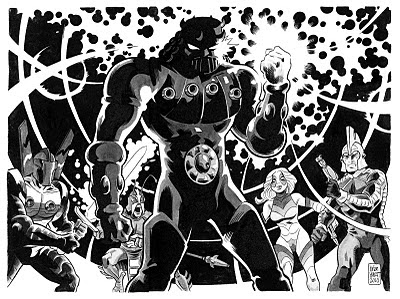 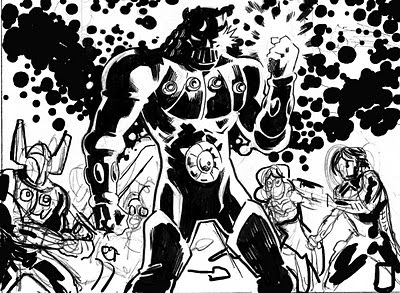 Woohoo! Big Micronauts fan since #11. Even after Bug and Marionette hooked up, though my heart was BROKEN.

Ahhh those were the days... Star Wars knock-off storylines paired up with Japanese toys. Megaman.... Micronauts.... call it what you will but it's all great stuff to kids of the 70s and 80s. Yeh! Super job with the art! Brings back memories.