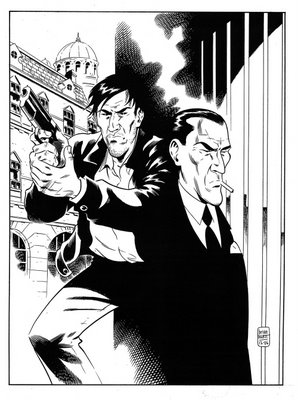 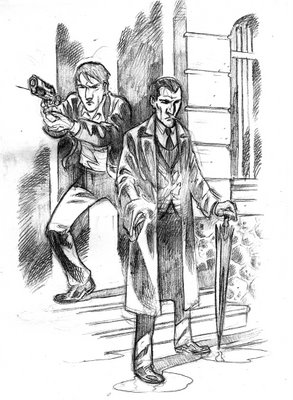 as you know, i was lucky enough to have seen this one in person, and i have to tell you again, it is gorgeous! seeing your work at mid-ohio con prompted me to re-read the entire queen and country series (novels included) and seeing this commission just helps bring it all back.

also, seeing the original concept and the conluding commission is fascinating! i loved how you used the shadows to meld the two crockers together. as cool as the original drawing is, the use of the backgrounds on either side of the piece really helps separate the two different versions of mr. crocker.

Brian, I loved your work on DECLASSIFIED. Hell, I like pretty much everything I've seen of yours.